Running two companies with my creative and strategic husband had taught me to be open to his project ideas even if I couldn’t see an immediate benefit. One of those project ideas came to Terence late 2007 during American Film Market where a business acquaintance introduced him to Alfredo Versace. Alfredo was looking for someone to produce and direct a film for one of his friends. Terence reached out and began working with them. A few weeks into the film development, he came home really excited and said he wanted to do a documentary on Alfredo. Not seeing a way to fund this vision, I hesitated but was fully supportive.

For close to two years, and in between other projects, he would meet with Alfredo and video his life, his stories, his struggles, and his joy. During that time, not only had Alfredo become a phenomenal subject, he also became a good friend to us both. We would join him for dinner or events, and he and I cooked together at his home. Due to a number of uncontrollable circumstances, Terence put the project down but had not forgotten it, revisiting every so often. He continued to believe Alfredo’s story needed to be told.

In March of 2019, Terence met Terra Renee, head of African American Women in Cinema (AAWIC), an organization furthering women of color in the film industry. As they discussed our slate of projects, What’s in a Name! A Versace Story (WIAN) came back up. Unbeknownst to us, Terra led an AAWIC Sundance Edition event in Utah during Sundance.

Leading up to the January 2020 AAWIC Sundance event, a decision was made to showcase WIAN there. Terence pulled up the footage that was now over 10 years old, different quality than our RED camera of today, and the audio was not much better. In the eight weeks leading up to Sundance, he and a production assistant flew to New York on a number of occasions to meet and interview people, grab raw footage, and truly pull together the story that matched his vision.

Once set on the timeline, the creativity began. Terence copied, edited, remastered, corrected, sound mixed, and anything else you can imagine. He worked through the day and into the night, sometimes only sleeping for two hours at a time than getting back up to continue. I brought breakfast, lunch, and dinner into his office just so he could continue the edit, as well as work through all the logistics with our producers, artists, and everyone else who was contributing to the success of the project. In the three weeks, before we flew out, he took one day off – my birthday. The following morning, by the time I awoke, Terence was back in the office grinding away.

As I was packing for Utah, I can hear him on calls or editing. I kept praying for strength and stamina as all came down to the wire. As soon as we were off the plane, he was back on calls. Upon our arrival at the Homestead Resort in Midway, he was on his laptop putting finishing touches on the film.

I reviewed the final screener copy that evening. The film was close to two hours long, we all had concerns it was too long, but he couldn’t find what to cut. After giving Terence all my notes and edits, I needed to step away and take a deep breath to take off my executive producer hat. Once I returned as the wife, I was just overwhelmed with emotion. The vision I couldn’t see 12 years before became this beautiful tapestry of a man who lost everything once he lost the right to his own name. As I write this now, I am becoming as emotional as I was that day.

Terence ended up working through the night making final adjustments. The following day, we collectively worked with the local crew to ensure the screening went off without a hitch, I toured the property, enjoying snow for the first time in years.

Finally, the evening was here. I spent time trying to hold myself together so I didn’t bust with pride all over the venue. Watching the film on the big screen and people’s reaction to it was nothing short of magical – they hadn’t felt the time either! Based on the Q&A that followed, it was obvious to me the film had an impact on the audience it initially had with me. Such a powerful story!

We are now back home. Terence is back working on a new project and preparing for WIAN’s New York premiere on March 26th at St Francis College. I looking forward to sharing the film and the talented filmmaker with all of you. 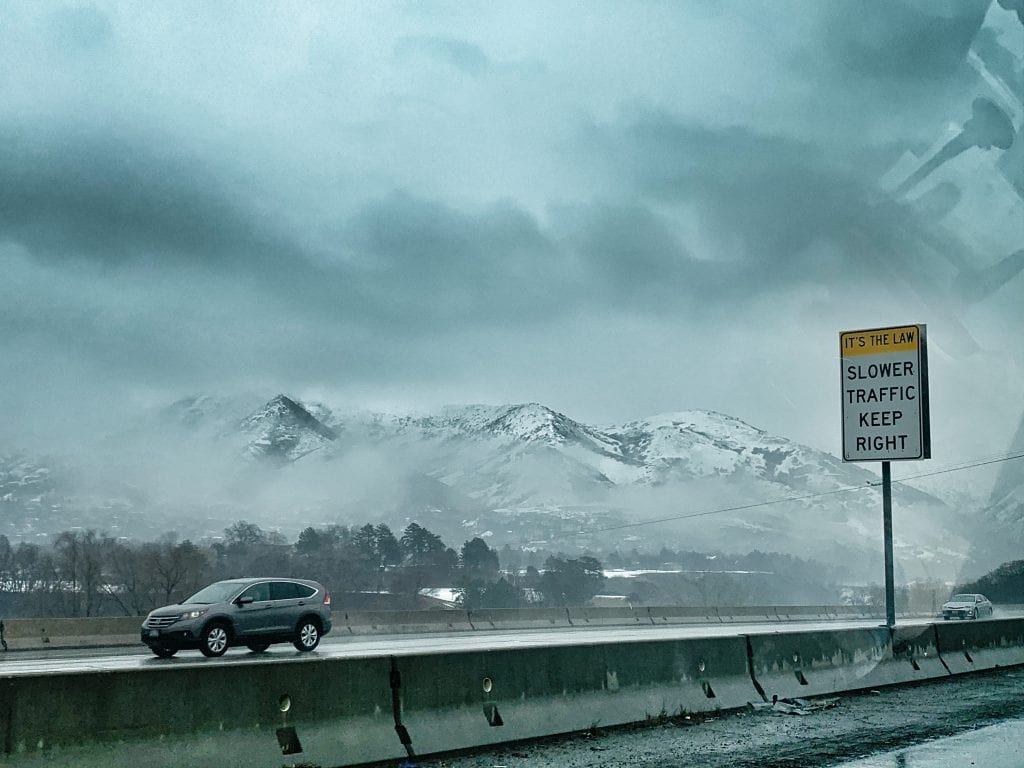