TNG FILMS has produced commercials from as far back as 2001 to present day. Many of these commercial clients include – The National Police Defense Foundation, to assignment work for Poptent media company by directing spots for 7Up 10, Garner Frutis, Humana and Contacts daily to name a few.

When hiring TNG Films to produce your next commercial, we understand that your brand is important and we take that seriously. From concept of idea to Pre-visual storyboards of that concept, right down to the casting and execution will be handled for you. Call us today to discuss your next commercial, PSA or other forms of media such as Music Videos, Documentary film or Feature Film. To view more of this directors work visit www.terencegordon.com

Campaign Ambition is the latest in the series of Commercial produced by TnG Films / Black Ink Pictures for its subdivision Trademark brand – (Youthful Ambition YA™).

This PSA was directed by Terence Gordon, and stars an ensemble cast of actors. When Terence was approached to direct this PSA, he was immediately interested in doing it as though it was a scene out of a film. This form of story telling interest him the most. With great performances from Kelly Melerine and Tiffany Lefer, both actors with whom the director has worked with in the Youthful Ambition series. The narrative captures the emotional suspense driven with the impact an officer’s job can have on a spouse, while highlighting the dangers of engagement in a already bad situation.

Political Campaign spot 2016. When director Terence Gordon was offered by a fellow writer / producer Edgar Rendon, to direct a political campaign for the only democratic running mate for Congress in NC in 2016, he was excited and skeptical. But after meeting the candidate Christian Cono, Terence and a producing partner Anita Sayago, pitched an idea that would not post slander but take the narrative from a small business owners approach. The congressional candidate agreed and within a 4 days had it all completed in time for the primary elections in June 2016. 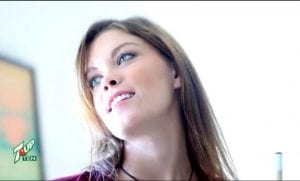