Dr. Dereck Skeete would learn early on that words really do matter and when they come from a source of knowledge and wisdom they can prove life changing.  It would be his early years at Medgar Evers College, alongside fellow student and dear friend, Terence Gordon, that he would learn some of his greatest life lessons.  These lessons would carry him through life, and his greatest successes, including earning a PhD in Environmental Science, traveling the world mentoring students, and his most recent achievement, becoming the published author of Breaking the Chains of Self Doubt.

Filmmaker Terence Gordon and Dr. Skeete would find themselves traveling through the UK this past summer and their serendipitous encounter would prove the perfect time for Terence to interview Dereck for his Youthful Ambition podcast.  The interview takes us back to Dr. Skeete’s early years as a student at Medgar Evers College through current day, where he is now a professor.  He truly understands the value of mentorship and remembers taking Chemistry under Professor Gibbs at Medgar Evers. He fondly recalls Prof. Gibbs tapping him on the shoulder and telling him, “ Looking forward to seeing you be a super star.”  He would realize later that the professor saw something in him early on that he had yet to see in himself.   It would be his professor’s simple message that would have an incredible impact on his life. In the short term, the young Derek would not want to disappoint the teacher, nor himself, so he would be sure to apply himself in his studies to garner an A+ in the class.  Over the long haul, it inspired him to be his best self and gave him the impetus needed to go through life with drive and determination with respect to his goals and aspirations.

Dr. Skeete now has students of his own and goes to great lengths to see that they realize their greatest potential, as his teachers and mentors did for him.  This past summer he traveled to Australia and backpacked with his students, as they collected real time data in their pursuit of understanding climate change on a local, national and global level.  His goal is to continue his efforts and remain a positive influence in the lives of his students.  “We are going to continue these efforts because we do recognize that students have an opportunity to do research outside the classroom and it’s really a big deal.  They become so enamored with the things that they do getting real time data and I think that’s priceless and we should encourage all students to do these kinds of programs and study abroad at the same time,” explains Dr. Skeete during the podcast.

Dr. Skeete speaks passionately about many things, including the negative effects of excess carbon dioxide in the atmosphere and  about the storm anomalies we have been experiencing becoming the new norm. Stating that if we want to prevent some of the devastation we have witnessed on a global level, changes have to be made.  He is optimistic, yet concerned, as there is still time, but the window is closing quickly.  It becomes clear during the podcast that while Dr. Skeete is passionate about so much in his life, it is his gratitude to his mentors, matched only by his immense desire to mentor and inspire mentorship in others, that defines him to his core.  He has been blessed by so many incredible influences that he has made it part of his life’s work, to make a difference in the lives of others, particularly the students he is surrounded with.  His new book, Breaking the Chains of Self-Doubt is Dr. Skeete’s greatest contribution yet, as it reminds us that, in many ways, mentorship is a responsibility we should reflect upon.  His book serves to challenge and educate us, while reminding us that guiding our children and being truly present in their lives, is the greatest gift we can give them.

Born out of gratitude and having evolved into an immense desire to pay things forward, Dr. Skeete’s book, Breaking the Chains of Self Doubt is an incredible read aimed at fostering mentorship across all aspects of one’s personal and professional life.

These two entrepreneurs embarked upon their journey years ago at Medgar Evers, and it is their mentorship advocacy within their respective industries that brings them together again today.  Dr. Dereck Skeete by way of his book and professorship; Terence Gordon by way of his many projects, particularly the Youthful Ambition brand and series.

PODCAST: Please listen to the podcast below for more on entrepreneurs Dr. Skeete, and Terence Gordon; and the years that led them both to where they are today:

A photo (above) of Dr. Dereck Skeete during his trip to the UK this past summer, where he would meet up with long time friend, Terence Gordon for his podcast.

Photo (above) of filmmaker/director, Terence Gordon in the UK, moments before his interview with friend and published author, Dr. Dereck Skeete.

Born out of gratitude and having since evolved into an immense desire to pay things forward, Dr. Skeete’s book, “Breaking the Chains of Self Doubt,” is an incredible read aimed at fostering mentorship across all aspects of one’s personal and professional life. See Front Cover (Above) and Back Cover (Below). 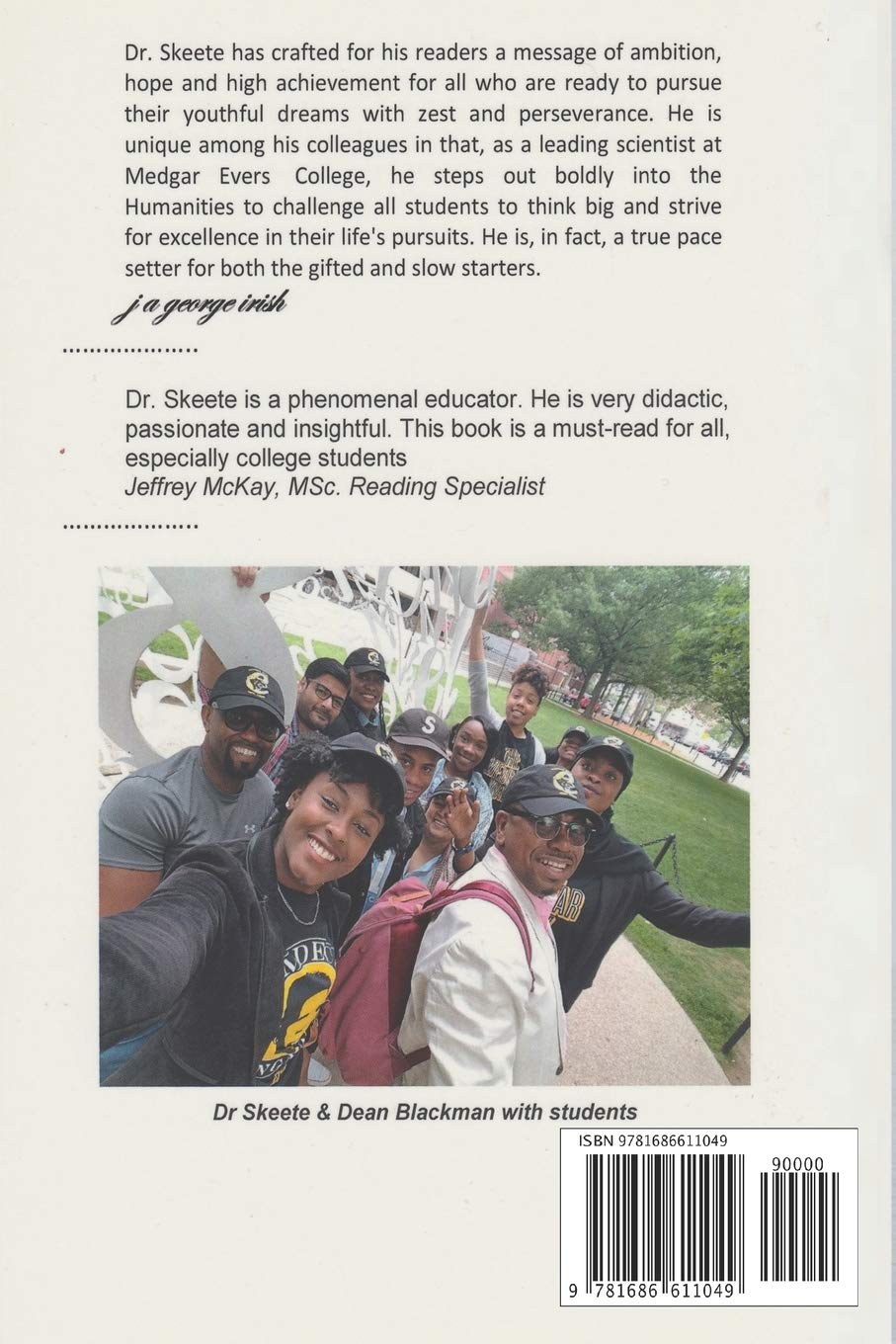