First day back to shooting on YA Series.

The only thing we as filmmakers have to offer is our point of view, to protect the vision at all cost. Something that I strive to do at every point of my filmmaking career, even when means going against popular opinion. That’s how I see the creation of the Youthful Ambition YA brand and trademark. A concept that started with me, but becomes an extension of everyone else involved.

On February 23rd I got back to filming the untitled YA series first set of scenes, in a nonlinear way. The first day is always the hardest. Almost 18 hours of filming, 500 GB of 5K digital cinema footage captured.

It was a great opportunity to work with my friend and filmmaker Devon Smith, who was my Cinematographer on this shoot. Devon Smith aka Troublesum and I have worked together with over many years.

Co-Producers Anita Sayago of Edana Entertainment has been helpful over the last few years bringing in talent and producing on many projects. Also, freelance Associate Producer, Brinay Prince who has been an intern for a very short run, Brinay, is about to graduate out of USC in mass communication and is one of many talents.

My trusted Grip Joe Benifield also was there. He has worked in most of my productions since coming to the Carolinas. Is a shot from the dream sequence that Anna Cibbarelli’s character Finley, who has been experiencing the recurring nightmare of her brother Charter, who took his own life in the shower just feet away from where she sat. Finley is plagued with the guilt of not being able to save him. 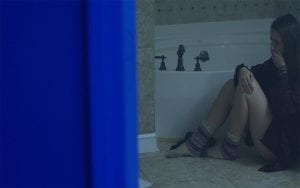 Anna Cibbarelli again plays Finley opposite, Megan Rosener.  Alison is hoping to convince Finley to help her find out who is sabotaging her father and threatening those around him. 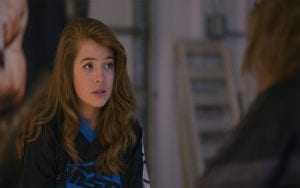 Chloe Centers’ character (Jessi) is not short on getting into a fight if it comes her way. She plays a pivotal role later in the series, where her ability to investigate, combined with Finley’s smart thinking on her feet coupled with Alison’s relentlessness will make for an interesting ride in this seven-part series. 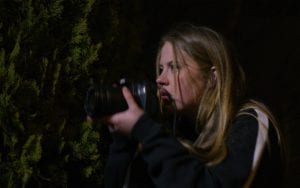 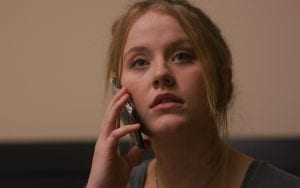 In the scene, we feature Neale Bayly who plays himself opposite Megan Rosener’s character, (Alison). She is searching for answers to her mother’s past dealings with the free-spirited motorcyclist and adventurer. But things changed when Alison’s mother ditched him in South America, to pursue a more settled life. But that’s not how it turned out now did it?